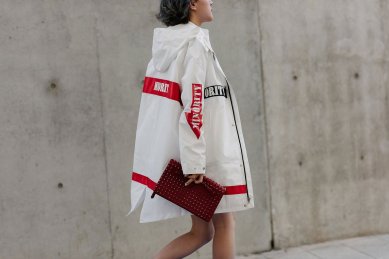 In Moscow, the Mercedes Benz Fashion Week Russia (MBFWR) witnesses more and more designers designing with the Moscow textile industry in mind. Vogue Italia design scout Sara Maino, who discovers talent around the world, was invited to talk at the event and encouraged designers to embrace their culture in their designs.

More than that, modern designers are descendants of the abstract geometry of revolutionary Russian artists like Kazimir Malevich and WassilyKandinsky. Their masterpieces, whether dream like colourful Cubist paintings or out of this world Expressionism, were a metamorphosis from the drab grey concrete of soviet Russia and today’s leading fashion designers continue to be influenced by the mark these painters left on the world.

A Moscow mix and match theme is bestowing the catwalk and has been for a while and have “popular” and folk subjects seen through a “urban” filter, see Coexist Mega trend for next Fall Winter 2017-18 season.

In Moscow, the exhibition ‘The Age of Influence: Contemporary Fashion Inspired by Russian Avant-Garde’ at the Jewish Museum Centre, begins on the June 30th and looks at exactly this topic.

Kandinsky and the catwalk

Kandinsky’s work was considered a bit too individualistic for his day. Which is exactly what we want walking down the catwalk today, in 2016. In 1918, dealing with the cultural politics of Russia, he decided to devote his time to art education, museum reform, and helped form the Institute of Artistic Culture in Moscow. His biomorphic forms are very much ‘of the mo’.

A designer who embodies this is Anton Belinskiy, who is known for an eclectic mix of fabrics and textures as well as colour-blocking. Born in Kiev, the 2015 LVMH semi finalist’s works are worn by Avant-Garde fashion lovers. Amongst his major sources of inspiration are contemporary street wear and Ukrainian cultural traditions, which he carefully explored throughout his trips to the country’s regions and other places worldwide.­ 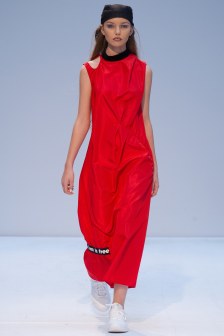 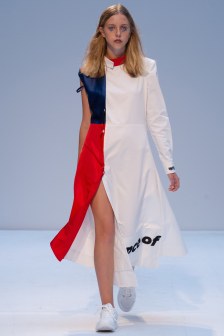 In May, for Mothers day, Vogue discussed the devoted matriarchs of Russia, who made a big effort to dress their children in beautiful clothes. For example, Brooklyn based Moscow textile designer, Olya Thompson, who prefers a more Russian folklore-inspired stylefor her bambini. 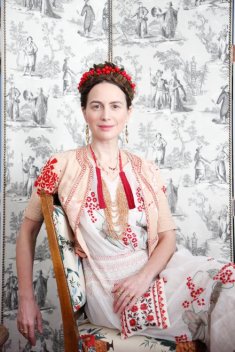 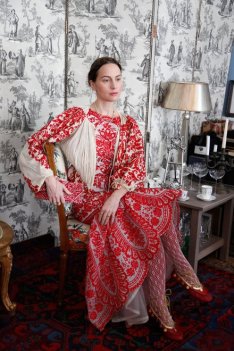 Digitally, there is the popular Instagram turned site @DochkiMateri, which translates as “daughters, mothers” and celebrates stylish moms and their children. Miroslava Duma, Perminova, and Thompson have all made appearances. Ekaterina Mukhina, the site’s creator and former fashion director of Russian Vogue, was inspired to start the project by her own experiences growing up in the USSR. “In the Soviet Union, there was nothing, but women made themselves beautiful clothes by hand. They tried to be perfect,” she says. “Every day my grandmother would put a new collar that she made by hand on my school uniform.”

In Britain, Fashion East is a pioneering non-profit initiative established by the Old Truman Brewery in the East End of London, established 16 years ago, to nurture emerging young designers. Some of their designer success stories are menswear designer Gosha Rubchinskiy’s, whose designs are available at Dover Street Market. And, Roksanda Ilincic, as worn by Kate Middleton, for the Queen Elizabeth’s 90th Birthday. 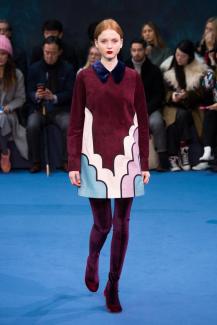 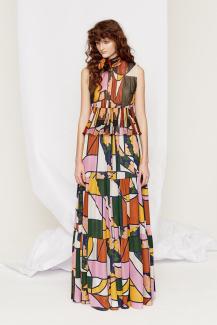 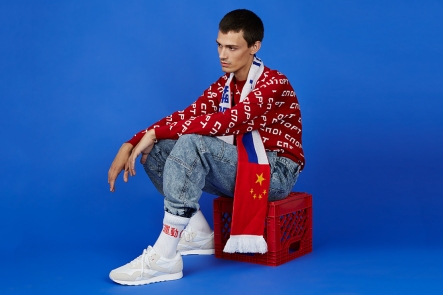 “The sun melts all of Moscow down to a single spot that, like a mad tuba, starts all of the heart and all of the soul vibrating. But no, this uniformity of red is not the most beautiful hour. It is only the final chord of a symphony that takes every color to the zenith of life that, like the fortissimo of a great orchestra, is both compelled and allowed by Moscow to ring out”.

Published May 2016 at 5Forecastore Fashion

1 Response to Made In Moscow