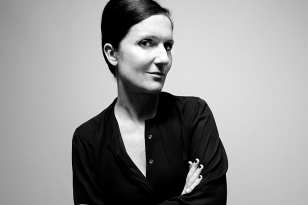 Maria Grazia Chiuri became the first woman to fill the shoes of Christian Dior’s Artistic Director in the brand’s 70 year history. Which means breaking up one of the industry’s most formidable design duos for almost 30 years. Maria has worked alongside fellow Italian designer Pierpaolo Piccioli at Valentino since 1999, where they became co-creative directors in 2008. The pair started out in the accessories department at Fendi together in 1989 after attending the Istituto Europeo di Design in Rome. This means that Dior will be her first ever solo gig.

Becoming the first woman to lead the brand is probably one of the most influential positions in fashion and what better woman to do it, having been credited with breathing new life into Valentino as a modern couture house and quadrupling their sales. The scale of operations at Dior is mega and Maria will be a dab hand at doing the six womenswear collections that the brand produces each year. 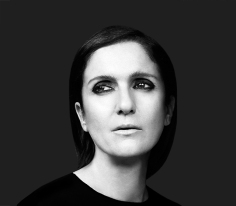 Beautiful embroidered dresses are her trademark. The daughter of a dressmaker, and with a background in couture, she’ll have no trouble delivering dream dresses for Dior. 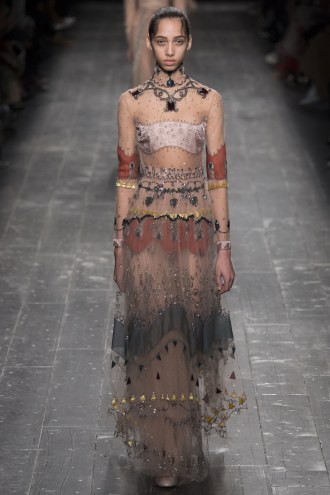 Maria’s work at Valentino made the brand a favourite of Keira Knightley, Katy Perry, Sarah Jessica Parker and Kirsten Dunst. Dior, meanwhile, is known for dressing Marion Cotillard and Emma Watson amongst many, so they will be in good hands when it comes to wanting their next dress. 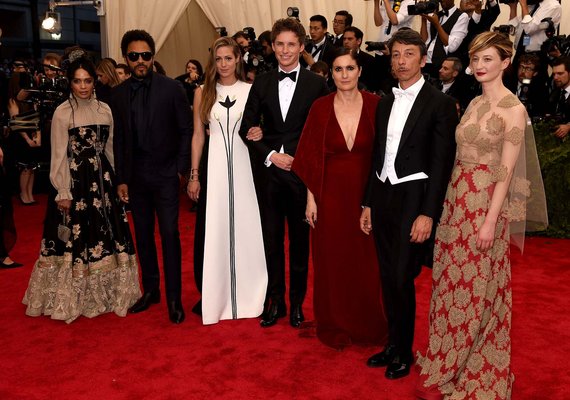 At Valentino, she has collaborated with many artists, which will go down well with Dior who does too, such as their work with British artist Marc Quinn.

Maria asked performance artist Vanessa Beecroft to stage the pre-fall ‘Untitled Rockstud’ collection, with a cast of 25 men and women, included actress Emily Mortimer, as well as models scouted through a street casting. Their ‘human formation’ was staged in April at the New York Academy of Art, and filmed and again in the autumn, at the Palazzo Mignanelli, by the Piazza di Spagna. 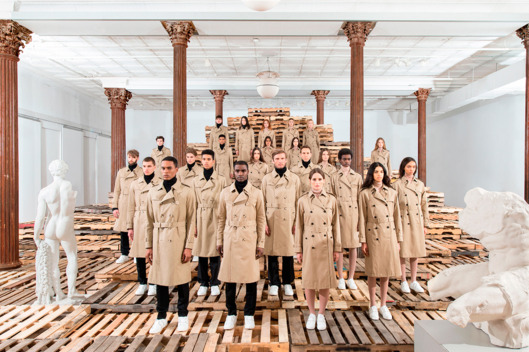 She said, “Asking Vanessa to interpret this idea of ours was almost automatic: no one better than her, with an extremely strong and contemporary approach is able to merge, through her art, the concepts of beauty, reality, perfection and uniqueness/diversity. In her performance, different individuals, clothed in ‘uniform’ items, come together in a shared moment that is lived singularly portraying their personal beauty belief.”

The show must go on

Dior has been without a creative director since Raf Simons left in October, citing the pressure of producing multiple collections a year for a brand of Dior’s scale. Maria’s transition from Valentino to Dior is big news for the fashion industry. She will certainly be no stranger to the pressure, having been at Valentino with Pierpaolo Piccioli since 2008. The pair started as accessories designers for the Italian house when Mr. Valentino was still at the top. Starting with eyewear and handbags and eventually taking over the full accessories gamut, the duo developed a parade of must-have items.

Despite a large female client base, the fashion industry is run by men. So this is brilliant news for women, whilst marking the end of an era for Grazia Chiuri and Piccioli, with whom she’s been working since 1989, and the beginning of a new dawn for Dior.